Wow, what a fantastic couple of weeks it’s been for our local zero waste community in Warwickshire, with lots of exciting news that will make zero waste living even more convenient and fun around here!

Here’s a quick round-up in case you’ve missed it – click on each headline to read more:

The mother of all zero waste shops in the Midlands, The Clean Kilo, has finally revealed the location of its long-awaited second shop: Bournville in Birmingham.

The team, who already runs the UK’s largest zero waste supermarket at the Custard Factory in Birmingham, said on their social media channels: “We are in the final stages of negotiations for our second premises in… Bournville, exact location to be announced. We will be getting the keys in approximately four weeks to start the fit out.”

The team is also looking for volunteers to help with getting the shop ready: “We would love to have help with a whole range of jobs from painting and signage to carpentry, metal work and labelling etc.”

Clean Kilo aim to use 90% upcycled materials for the shop and are asking for donations: “We are firm believers of REUSE. If you know anyone getting rid of old floorboards, doors, scaffold boards, fridges etc, please get in touch! Or if you have a van for us to borrow/hire to collect the above!”

You can get in touch with them via contact@thecleankilo.co.uk or direct message them on social media.

When Eleni Bradshaw, owner of Thrills of the Emporium, and Debra Whitaker, owner of Hush, both in Warwick Street, heard of Warwick District Council’s plans for the closure of Covent Garden car park, they wanted to do something positive to overcome the impact that the closure of the car park would have on their end of Warwick street. So they’ve brought together local businesses and created a community to revive the disused car park.

Eleni and Debra said: “The Covent Garden car park site used to be the market area of the town and we thought we could run an events area and because the area behind us has history we thought about a market and the idea grew from there.”

The first market, which was an ‘eco market’, took place on Sunday, July 28th, and featured around 40 stalls in Warwick Street, including Zero Store, Core Wholefoods and Reyousable.

On Sunday, 4th August, the quarter held a fringe event to Art in the Park, showcasing art and craft items. Following the success of these two events, the team are currently checking out dates for future markets – follow them on Facebook to be in the loop!

Earlier in the year, Leamington eco pioneers Zero Store posted on their social channels that change was in the air: one half of their enterprise and co-founder, Marisa, was about to move to Sweden for personal reasons, leaving the other half, Charlie, to sail the ship solo in person for the time being.

On Sunday, 4th August, Marisa said good-bye on Facebook: “My Swedish chapter starts today but I hope you’ll all support Charlie during this transition stage.”

Given what they’ve achieved in such a short time frame and the impact they’ve had on our zero waste community in Warwickshire (they’ve recently opened a new mini zero location at Fargo Village in Coventry, in addition to their regular pop up shops and permanent locations in Binley Woods, Coventry; Rugby Town Centre; Harbury, Leamington Spa; Hornton, Banbury; and Warwick Town Centre for non-food only), I’m sure this won’t be the end of Zero Store – check out their social media feeds for updates.

Stratford coffee roasters Monsoon Estates have long been supporting zero waste shoppers by happily decanting their coffee beans or ground coffees into your own containers. Now they’ve also finally achieved their goal of selling their coffee in bio-degradable bags from the I am eco™ range from Detpak.

According to the manufacturer, the I am eco™ bags used by Monsoon Estates are made from sustainable, natural raw materials including sugarcane, corn and trees, and are biodegradable and compostable. I’ve popped one into our compost heap and we’ll see how it goes. Well done Chris and the team for sourcing a sustainable alternative for their previous bags!

On Saturday 13th July, the team behind Plasticfree Leamington and Warwick held a Mass Unwrap event at Morrison’s supermarket in Leamington.

While shoppers shopped as normal, volunteers unwrapped all the unnecessary packaging, posted the evidence on social media, and then the wrapping was recycled by Morrison’s. Morrisons kindly hosted the event and provided paper bags to shoppers to transfer items in to. Participants were also asked to bring their own tupperware and reuseable bags along for your goods.

Sarah, from the Plastic Free Leamington and Warwick Team, said in an email to supporters: “We are excited that we are close to achieving plastic free status for Leamington and Warwick and hope to submit the application this summer. Please keep supporting the single use journey to zero by prioritizing those outlets and manufacturers that are doing the right thing.”

The hugely popular Leamington Food & Drink Festival will be back in a couple of weeks on Saturday 7th & Sunday 8th September at the Royal Pump Gardens.

This year, the organisers are working hard to make the event more sustainable and avoid waste as best as possible. On the event website, it says: “In 2019 we’re doing our best to make the Leamington Food & Drink Festival a greener event and would like to encourage everyone to assist us in our move towards this. We have a list of suggestions for stall holders on our Exhibitors Guide page.

“Please help our Green Steward Volunteers to recycle as much as possible throughout the weekend. Bins will be provided on site for you to recycle cardboard, cans, glass and plastics. We encourage the use of public transport to the Food & Drink Festival. The Pump Rooms has a bicycle rack for those wishing to cycle to the event. And if possible – please walk down to the Pump Room Gardens.”

Let’s hope the exhibitors and visitors will follow suit! You can find out more about the Food & Drink Festival here and I shall be posting any green initiatives I spot on my Instagram.

One of the key purposes of my blog is to help build and promote this lovely zero waste community, so I’ll be collecting and sharing this news here on a regular basis, so please do check in frequently or sign up to my email newsletter! Also please post in the comments if I’ve missed anything. Cheers, Bettina

This site uses Akismet to reduce spam. Learn how your comment data is processed. 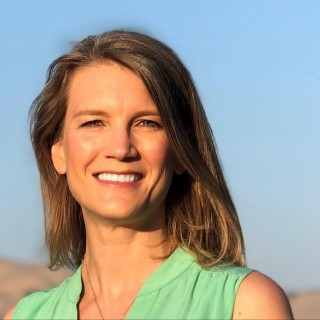 @racer_coffee_company at Laguna Secca
7 years today. Miss and love you as always. May you be well wherever you are 💗
Repost from @greenpeaceusa
Finally back to baking 🙏💙💚